I’ll be working on my Cotapaxi review later today. First up, here are the packs I’me eyeballing for post baby training. My needs list on my spring pack is that it has to accomodate me for nursing size (which is rather tough b/c most packs do not size up to a 34DDD), has to have room to keep a travel pump, hydration bladder compatible, and it has to fit  ALL the snacks since I’ll be burning 300-600 extra calories a day from nursing and I’ll have to eat more on training runs. 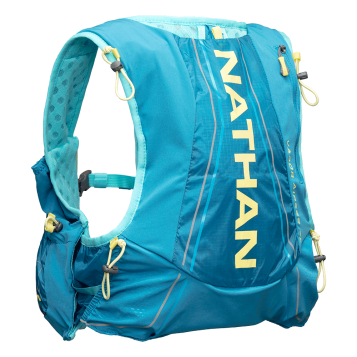 Now I wasn’t a fan of the Vapor Howe and it looks like this pack may have the same stupid velcro that I loathe (I was not a fan of it on the UD packs either). However, it has the new Adaptive Fit Sizing system and comes in two sizes and the larger size seems like it would size down to my usual 34B when the time comes. It has lots of storage, will hold my poles, and I like the teal. This one is priced at $149.99.

Ok so I’ve owned 3 of these by now. I still have my first 12 set and I do miss the kangaroo pockets for the newer packs, but the 2016 just had my favorite front straps. Can we just say that Salomon has some really crappy product shots? Instead of seeing the front pockets, we get Zoolander here showing us his smolder (Blue Steel FTW).  I’m not sold on the new closures, but I believe they’ve added some extra storage behind the pockets (based on what images they had up for pre-orders). The problem with this one is that I’d have to order a pack size just for while I’m breastfeeding because I’m usually a XS/S in Salomon packs and I’d need to go up to a Medium. This one is $155 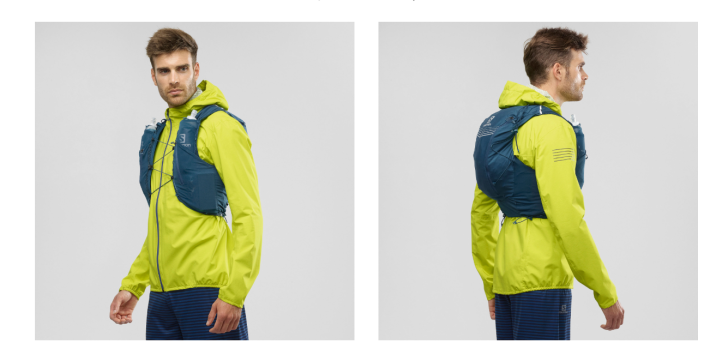 I will note that they dropped the 8-set which was the women’s specific fit, but there is no way in hell I’m wearing these idiotic bottles. Not to mention that you loose a ton of storage because of the configuration and still have the same straps, which I’m 90% sure will bug me because I like a little give in my front straps. The 8set is $145

I had originally loved the Camelbak Ultra Pro, but ended up having to return it to REI when the bottles kept falling out of the pack due to positioning. I’m happy to see that they brought the bottles up higher on the women’s pack AND kept pockets. I spy the side storage pockets and pole storage. My only problem with Camelbak is that with the Ultra Pro, I could not get my Hydrapak bladder to fit because the bladder hook in the back was Camelbak specific. While I really like their bottles, I really hate their bladders (I’ve had a high failure rate with them in races). I have owned several Camelbaks and were impressed with their quality.  This is the cheapest at $120.

I’ve also heard that Raidlight will have an upgrade with an added zipper compartment so that one is on my radar as well, but I haven’t seen it drop on their site. Also, Orange Mud did an upgrade to their lines including the Endurance Pack. I was almost tempted to try to new one, but the current colorways aren’t doing it for me and I’m still salty about my last Endurance pack.

Let me know in the comments. Which pack would you guys like to see me buy?