Why I’m swearing off Altra

Altra is my equivalent to a really bad relationship. Sure we had some good pairs, but more often than not, we had some really crappy shoes that fell apart really fast and terrible customer service. I’d be inclined to think it was just me, but my husband and daughter’s shoes have not fared much better. It’s not secret that I have a love/hate relationship with them. Their sizing is suspect, they tend to ruin shoes that I used to love, and their quality is…well awful.  I’ve gone through pretty much their entire line since 2016 and have yet to be able to get a second pair of any shoe that I like. The Instinct had a huge sizing flaw where my usual women’s 9 put me in a men’s 8.5 but after the one pair of shoes that worked for me, I could never again find one that fit because the size 8 was a full size larger than the 8.5.

The Lone Peaks  also had MASSIVE size discrepancies. After my first pair started to blow out after 3 runs, I went with a different color.

Altra admitted there could be flawed versions and had me contact my point of sale to return. Thankfully Running Warehouse is awesome.

My Lone Peak 3.5 started to separate at the toe box after 1 run and my husband’s pair did the same, the same thing happened to my 3.0s. The pair of kids’ Altras I got from Amazon did this within a few weeks. I moved her into the adult size equivalent and the logo fell off…which was better than my beloved Torins which started to blow out. 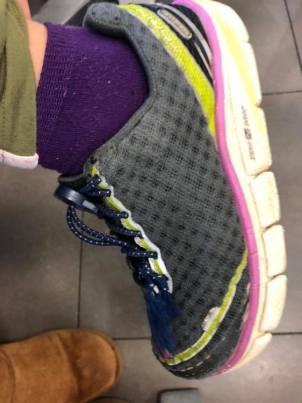 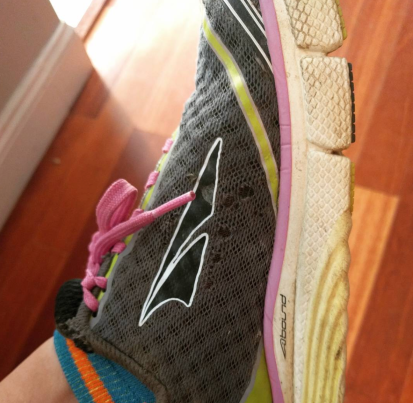 This was my other pair of Torins. I should note that none of these made it to excessive mileage. I rotate through shoes week to week and the Torins were my oldest pair in rotation still because they didn’t make them any more and I saved them for special occasions. 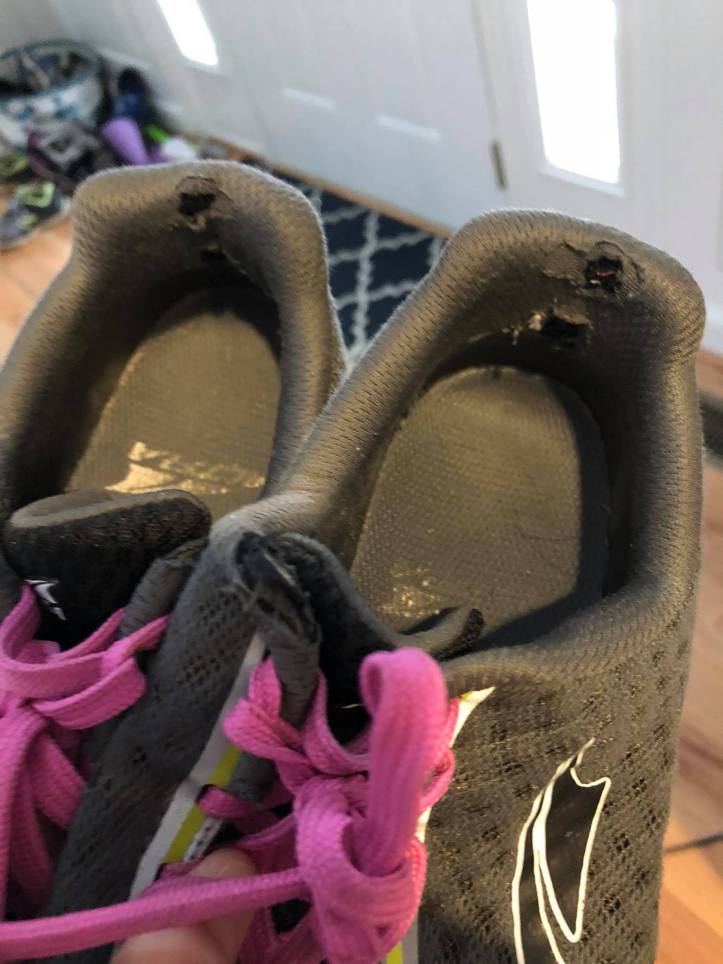 The deal breaker came this week. I had ordered a pair of Escalante and Lone Peaks from Jack Rabbit in July and they arrived in August. I didn’t go through my shoes as fast because I dropped from training from a 100 miler to just trying to stay in shape. I just unboxed the new pair and wore them for 1 run and they sole started to separate from just 2.5 miles.

I spent an hour on hold with Altra and never spoke to a rep and I reached out to Jack Rabbit and received this response.

I responded that shoe glue wasn’t an option because I’m pregnant and can’t handle the stuff and never heard back. Never got through to Altra either. In the 2 years of shoes, they’ve only honored a warranty on one pair back in 2016 and that’s for my first pair of Altras that had a hole in them after 1 run. They attempted to make me pay for shipping to exchange them. All other cases, they told me to glue, maybe they should tell production to use glue once in a while. Their warranty is also now 30 days, so if you buy ahead of time because they’re updating your shoe and you want to stock up, you are out of luck.

In hindsight….I should have seen the warning signs back then. So I’m swearing off them, I’ve wasted too much money on over-priced shoes that can’t make it past 150 miles without major issues. Wide toebox be damned.